In the past few months, my home has been transformed into, well, a Jedi training institute.

That’s what happens when a father (that’s me) momentarily loses his mind and buys his two young sons toy light sabers – the type that collapse into the handle and then “shoot out” with just a slight flick of the wrist. And so they have light saber battles at morning and at night, assuming they’ve gone their chores

All of this is not surprising, considering that I was a “Star Wars” fan growing up and that a new film in the series, “The Force Awakens,” was released in theaters last year and is now available on digital, DVD and Blu-ray. Yes, I was at the theater on opening night, and yes, soon thereafter I took my 7-year-old son to watch it. 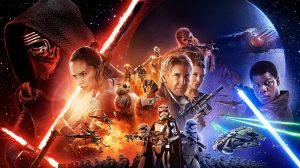 God commands parents to teach their children His commandments (Deuteronomy 6:7) throughout the day and to “train” them and prepare them for adulthood (Proverbs 22:6). Why would I hand that responsibility and privilege over to Hollywood and assume my kids can separate fact from fiction?

Besides, let’s be honest: “Star Wars” is a movie about a religion. Sure, it’s a fictitious religion, but it’s one that has elements borrowed from many real-world religions – as George Lucas himself acknowledged during a 1999 interview with Bill Moyers.

So, can we Christian parents use “Star Wars” to teach our children biblical truth? I think so. This is what I’ve told my kids about the series:

1. There is a moral worldview (if you just look). The good guys in the newest film are truly good, and the bad guys are really, really, bad. Unlike so many other popular movies today, we see the onscreen results of bad actions – and evil is ultimately defeated. We even have a main character who turns bad and then seeks “redemption” by turning good. My oldest son once asked me: “Dad, why did Anakin choose the dark side?” Soon, we were talking about real world temptation and sin, and I was left amazed that a science fiction movie had led us there.

2. There is an unbiblical worldview (and it’s not hard to find). There is no personal God in “Star Wars,” and there definitely is no heaven or hell. Instead, there is an impersonal Force that is “created by all living things.” It “surrounds us” and “binds the galaxy together.” That sounds a lot like pantheism, the unbiblical belief that holds that everything and everyone is “god.” The Bible teaches that God made the universe and is separate from it. My son once asked, “Dad, wouldn’t it be cool if the Force was real?” To which I replied, “I guess, but not as cool as personally knowing the God of the universe. And besides, the power we have as Christians is more powerful than the Force.” I won him over.

3. There is a lot of fun to be had (if we keep the right perspective). Movies are the “worldview language” of the culture, and I enjoy using them to teach my kids biblical truth, when possible. Perhaps modern-day parenting would be easier if my boys instead played “cops and robbers,” but “Star Wars” – with its vast universe of spaceships and light sabers – just seems more fun. The Apostle Peter urged Christians of his day to “always be prepared” to give an answer about matters of faith (1 Peter 3:15). He certainly didn’t have in mind Jedi knights and theatrical blockbusters, but as a parent living in the 21st century, I must.

— Michael Foust is the father of four small children and blogs about parenting at MichaelFoust.com