Even before Americans first became aware of the international Ebola threat festering in Western Africa, Christian relief groups were quietly working behind the scenes, aiding people and villages ravaged by the deadly disease.

It was no wonder, then, that the first two patients to enter the United States for treatment were missionaries affiliated with two of these groups, Samaritan’s Purse and SIM. Dr. Kent Brantly, who was treating patients for Samaritan’s Purse when he was afflicted, and Nancy Writebol, a SIM worker who was serving with her husband, have since recovered.

But as the international numbers escalate—and the United States records its first fatality—relief groups are ramping up their response. Those seeking donations include:

Samaritan’s Purse
Samaritan’s Purse, which has well-established programs in the region, is in the process of launching a new community care initiative in high-transmission areas of Liberia, one of the hardest-hit countries.

The project involves training Liberians to run 10-bed facilities that will provide basic supportive care, in an effort to reduce transmission rates. The 15 proposed centers will be built and managed by Samaritan’s Purse. In addition to providing hygienic care, as many as 3,000 care kits containing protective clothing, hydration items, disinfectant and other materials will be distributed.

The new approach supplements ongoing education programs that include a church-based project that has reached more than 450,000 people in the distribution of nearly 100 tons of supplies and the allocation of 50,000 hygiene kits with gloves, soap, buckets, and disinfectants for hand-washing and treating drinking water. www.samaritanspurse.org

World Vision
More than 200 pallets of medical relief supplies were flown to Sierra Leone in September by World Vision, just days before the government shut down the airport for a three-day quarantine in an effort to contain the spread of Ebola.

World Vision, which has been in the region for nearly 20 years, has 272 staff members assigned to Sierra Leone. www.worldvision.org

Operation Blessing International
Clorine, one of the few disinfectants that’s proven beneficial in containing Ebola, has been in short supply, so Operation Blessing recently shipped five chlorine generators into Liberia while also providing ongoing training on how to use the equipment. The generators can produce 550 gallons of chlorine a day.

SIM
Soudan Interior Mission has more than 1,600 active missionaries serving in more than 60 countries, including Liberia, where Writebol was working when she contracted Ebola.

Although not a relief organization, SIM, founded in 1893, has been involved in prayer support, hosting a weeklong prayer effort for the eradication of Ebola that ended Oct. 5.

“Our desire is for prayers to be raised continually on behalf of those infected and affected by the Ebola virus, for the sick and dying, for the courageous health workers, for grieving families, for pastors trying to serve their churches and communities, for government officials and decision makers who formulate policies and responses, for protection for those working in educating communities, and for all those waking up each day to the devastation of Ebola,” the ministry website said. www.sim.org 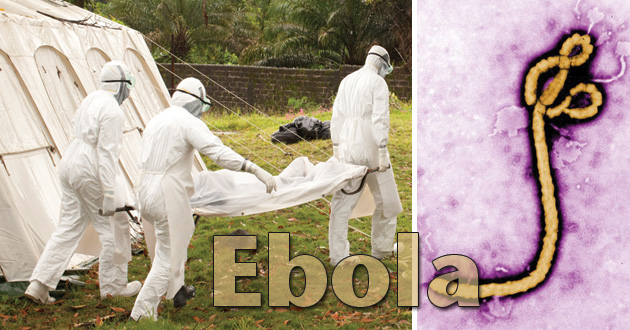