Early on Sunday morning, as the new day was dawning, Mary Magdalene and the other Mary went out to see the tomb. Suddenly there was a great earthquake, because an angel of the Lord came down from heaven and rolled aside the stone and sat on it. His face shone like lightning, and his clothing was as white as snow. The guards shook with fear when they saw him, and they fell into a dead faint.

Then the angel spoke to the women. “Don’t be afraid!” He said. “I know you are looking for Jesus, who was crucified. He isn’t here! He has been raised from the dead, just as he said would happen. Come, see where His body was lying. And now go quickly and tell His disciples he has been raised from the dead, and He is going ahead of you to Galilee. You will see him there. Remember, I have told you.”

The women ran quickly from the tomb. They were very frightened but also filled with great joy, and they rushed to find the disciples to give them the angel’s message. And as they went, Jesus met them. “Greetings!” He said. And they ran to Him, Held his feet, and worshiped Him. The Jesus said to them, “Don’t be afraid! Go tell my brothers to leave for Galilee, and they will see me there.” — Mark 16:1-11

When the women came back from the tomb they told the eleven disciples what they seen. Peter and John rush to the tomb and saw it empty with the strips of linen lying across stones. — Luke 24:9-12

That afternoon Jesus appears to Cleopas and a friend on the road to Emmaus, which is about seven miles from Jerusalem. Jesus went into their house and when He sat at their table He took the bread and blessed it. “Then their eyes were opened and they recognized Him, and He disappeared from their sight.” — Luke 24:13-35

In the evening Jesus appears to the disciples who were meeting behind locked doors in fear of the religious leaders who had crucified Jesus. The disciples were overjoyed when they saw Jesus. — John 20:19-23

On Easter morning, believers do not mourn a martyr, but celebrate a risen Savior. Christ’s victory over death gives us the promise of eternity in Heaven. When the trials and tribulations around us seem insurmountable, we need to remember that the ultimate battle is over; Christ said on the cross, “It is finished.” And someday every knee will bow and every tongue confess that, He is Lord.

Hallelujah! What a Savior! 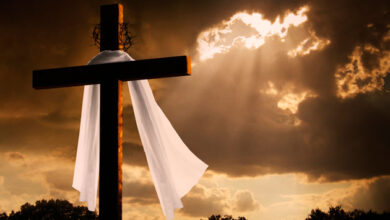 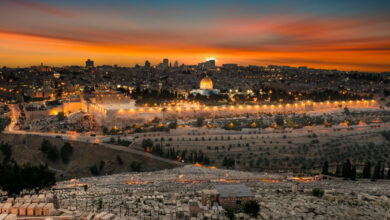 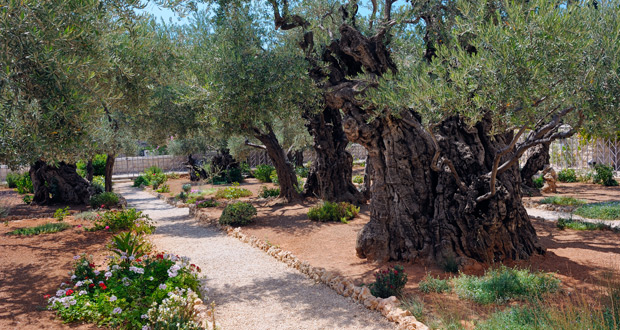 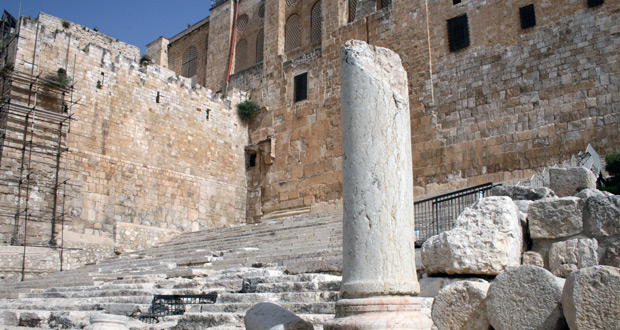