Christian leaders have voiced objections to New York City Mayor Bill de Blasio’s threat to close permanently the buildings of churches and other religious groups if they continue to gather for corporate worship.

In his March 27 press briefing, de Blasio said law enforcement officials have been instructed to warn congregational leaders when they discover worship services taking place in violation of the city’s restrictions on gatherings during the coronavirus (COVID-19) pandemic.

“They will inform them they need to stop the services and disperse,” the mayor said. “If that does not happen, they will take additional action up to the point of fines and potentially closing the building permanently.”

De Blasio’s warning drew expressions of concern from those who have been at the forefront of advocating for religious freedom since the founding of the country.

Many churches and other religious groups have canceled public worship gatherings in New York City and throughout the United States the last three Sundays in response to directives from government leaders and guidance from public health officials. Many churches are using online video platforms for worship.

Travis Wussow, general counsel and vice president for public policy of the Southern Baptist Ethics & Religious Liberty Commission, said that, “The vast majority of churches are partnering with local authorities to stop the spread of the coronavirus. These churches are creatively continuing to minister to their communities even while in-person services are paused.

“At this moment, we need both elected officials thinking about why religion is essential and religious leaders thinking about the complexities of public health,” Wussow said in written comments. “We can avoid both overreach and paranoia by working together in common purpose — to love our neighbors and protect the vulnerable.”

In his briefing, de Blasio expressed gratitude to the leaders of the “vast majority” of congregations that have halted public gatherings for worship. A small number of “specific churches, specific synagogues” are not abiding by the city’s instructions, he said.

“So I want to say to all those who are preparing the potential of religious services this weekend: If you go to your synagogue, if you go to your church and attempt to hold services after having been told so often not to, our enforcement agents will have no choice but to shut down those services,” de Blasio said. “I don’t say that with any joy. It’s the last thing I would like to do because I understand how important people’s faiths are to them, and we need our faiths at this time of crisis. But we don’t need gatherings that will endanger people.”

Meanwhile, a pastor in Tampa, Fla., was arrested Monday (March 30) after his church held two worship services March 29 in its building despite a Hillsborough County order limiting gatherings to fewer than 10 people.

Rodney Howard-Browne, pastor of the River at Tampa Bay Church, was charged with “unlawful assembly and violating quarantine orders during a public health emergency,” the Tampa Bay Times reported. Howard-Browne became known in the 1990s, particularly among charismatics, for his part in “holy laughter” revivals.

Restrictions that are “generally applicable,” such as the one in Tampa, do not violate religious freedom, said R. Albert Mohler Jr., president of Southern Baptist Theological Seminary, on his podcast March 31.

“If churches were to be singled out, it would be unconstitutional, and Christians should protest,” he said. “But as it stands right now, and as I have tried to argue comprehensively, theologically and biblically, Christians, given the commandments of love of God and love of neighbor, have ample justification right now to follow the orders, demands and requests of lawful government not to assemble, along with other assemblies not assembling, until it is safe for us to assemble once again.”

Liberty Counsel, which is representing Howard-Browne, said in a March 30 release that the church took extra precautions to protect those who gathered for the worship services. Mat Staver, founder of Liberty Counsel, said the Hillsborough County order on public gatherings has many commercial exemptions and “is not narrowly tailored to achieve its underlying objective.” 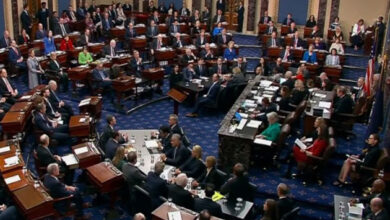