Over the holiday season we decided to visit Balboa Park with some relatives. As we were walking around I couldn’t help noticing the latest accessory to the ubiquitous mobile phone: The “Selfie Stick” attaches to your phone and allows you to take a picture of yourself by extending its telescopic arm to snap a picture with yourself in the foreground.

Once again we have confirmation that the world revolves around us, and we want the world to know it.

Self-aggrandizement in its extreme form is known as narcissism. Research, using objective personality inventories, has confirmed that narcissism rates have been rising over the past 30 years. There are many reasons for this significant uptick, but let me propose a reason that may surprise you.

The paradox is that deep inside a person who struggles with narcissism is an intense lack of self-acceptance. The outward expression of self-importance is really an indication of deeper insecurities. Like a pendulum, the insecurities are compensated for by the external appearance of arrogance.

Jesus had a lot to say about the arrogant nature of the Pharisees (Matthew 23). These religious leaders presented a façade of perfection while hiding their true sinful nature, and to make matters worse they also felt entitled to judge everyone else (Matthew 23:4).

Clearly, our worth as individuals does not come from being perfect, being the best, or fooling ourselves into thinking such things. Our worth is intrinsic to our creation in God’s image.

To accept our faults, weaknesses and shortcomings as reality, rather than to pretend that they don’t exist, is the first step in learning how to overcome them. Acceptance of our shortcomings also breeds humility and the ability to learn from our mistakes. So, reality is our friend when it comes to personal growth and maturity.

But the seemingly easier solution is to defend against the guilt or shame by distorting our reality. It appears so much easier to shift the blame onto others, or to justify our shameful actions, or to bury our secret pain where no one will find it.

But such attempts only delay that fateful day when reality will confront us, face to face.

False reality
The Selfie Stick gives its user the impression that they are in control. No longer do you rely upon someone else to snap that photograph. Likewise, self-promotion can seem like an answer to feeling less valuable than someone else. But maybe it is really an attempt to control reality, both our own and the image that others have of us.

In the age of PhotoShop, we have learned that photographs can indeed lie (just Google “Dove Evolution” for an example). People love to make themselves look better or more interesting than they really are. It is so much easier to take a few pounds off with some fancy software than to actually go on a diet, or use a photograph that is decades old to represent us on social media.

Easier, that is, until someone sees you face to face, sees you as you really are. Sadly, if you don’t accept yourself, warts and all, it will be hard to believe that others will accept you, too, including our Savior. Scripture tell us, Nothing in all creation is hidden from God’s sight. Everything is uncovered and laid bare before the eyes of Him to whom we must give account (Hebrews 4:13). To be intimately known and yet still accepted is the essence of unconditional love.

What kills a skunk is the publicity it gives itself. – Abraham Lincoln

Jenkins is a licensed clinical psychologist at Lighthouse Psychological Services in Mission Valley. He is also a professor at Point Loma Nazarene University. Learn more at www.lighthousespy.com 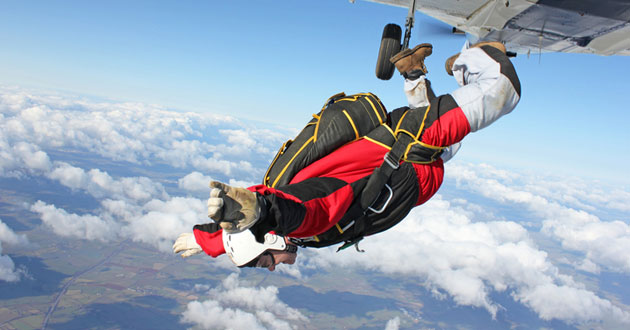 Courage to take the risk