If you have ever lost someone you love unexpectedly, then you have an idea of how the disciples felt when Jesus was crucified. Without warning, someone they had just spoken with, someone they were so close to, was gone. It was traumatizing. It was earthshaking. It was life-altering. There was a deep ache and sorrow like they had never known before.

The disciples were living the Easter story in real time. We know how the story ends. We have seen the big picture. But they couldn’t turn to the end of the Gospels and read about the resurrection of Jesus. And they had a different thought in mind. They thought Jesus had come to establish His kingdom on earth and that He was going to be their king. But then he was suddenly betrayed by one of their own, Judas Iscariot, and arrested. Simon Peter, their leader, denied three times that he knew Jesus. Everything was going wrong – or so it seemed.

The cross was the goal of Jesus from the very beginning. The reason for the incarnation was for the purpose of our atonement. He was born to die so that we might live. So when Jesus fulfilled his purpose, he summed it up in a word: “finished.” And then he died.

Normally, when men were crucified, they died when the Romans wanted them to die. Crucifixion was not a quick form of execution. It was meant to prolong pain, designed to bring misery and to use the person as an example. It served as a warning not to rebel against Rome. Death was hastened by crushing the kneecaps so a man could no longer support himself on the base of the cross and get air into his lungs. Death by crucifixion was essentially death by suffocation. But when the soldiers came to Jesus, they didn’t crush his bones, because he was gone. He came and left at will. As he said, “No one can take my life from me. I sacrifice it voluntarily. For I have the authority to lay it down when I want to and also to take it up again” (John 10:18 NLT).

The disciples took Jesus and laid him in the tomb provided by Joseph of Arimathea, and they never expected to see him again. Something went horribly wrong, and they were devastated. The story was over. That is until early Sunday morning.

Man had done his worst, but God was not done. God will always have the last word. Jesus had now risen. He had talked about this all the time, but maybe the disciples thought he was speaking metaphorically or that he didn’t mean exactly what he said. But he meant what he said and he said what he meant. He had laid it out for them, essentially saying, “Guys, check this out. I am going to be betrayed. I am going to be crucified. I am going to rise again three days later.” He repeated it and repeated it. But somehow they missed the point. Regardless, Jesus was alive, and he made multiple appearances in his resurrected body.

Some people make their mark on history, but Jesus divided human time through his death and resurrection from the dead. But what does it mean today?

The resurrection of Jesus Christ also assures me that he is now interceding in heaven for me. Romans 8:34 says, “Who is he that condemns? Christ Jesus, who died – more than that, who was raised to life – is at the right hand of God and is also interceding for us” (NIV). With the death and resurrection of Jesus and his payment on my behalf, as well as his intercession for me, I know that he has me covered. I know that he is with me and praying for me and pulling for me.

The resurrection of Jesus Christ assures me that I have all the power I need to live the Christian life. Sometimes people say, “Well, I have tried Christianity, and it didn’t work for me.” Nonsense. Christianity is not a product that works for some, but not for others. Christianity, boiled down, is Christ himself. And Christ can change any life. He can change any person who genuinely comes to him on his terms. The problem is we don’t really commit ourselves to Christ as we ought to. We become CEO Christians – Christmas and Easter only. But when you have really committed yourself to him, you can be assured that you have the power to live this life.

Lastly, the resurrection of Jesus assures me that I will live forever in heaven. The Bible says, “But Christ has indeed been raised from the dead, the firstfruits of those who have fallen asleep. For since death came through a man, the resurrection of the dead comes also through a man. For as in Adam all die, so in Christ all will be made alive” (1 Corinthians 15:20–22 NIV). All who are related to Christ are given a new life. Death comes. Life ceases. But because Jesus died, I will never die eternally. I will live forever in the presence of God, because of what Jesus did.

Death died when Christ rose. This is the great promise of the resurrection.

Greg Laurie is the senior pastor of Harvest Christian Fellowship in Riverside, Calif., one of the largest churches in America. 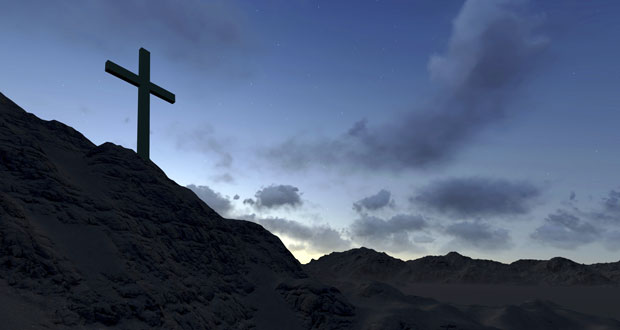