In her final year of college, Cara* was accustomed to taking tests. She knew all the steps she needed to successfully prepare for the best outcome. But this one, offered up by the school of consequences, was more than she thought she could bear.

“In the darkness and secrecy of the bathroom at home, I took the test… and waited two agonizingly long minutes,” Cara said. “When I looked at the results, weakness, nausea, and pangs of guilt hit me, and I simply fell to the ground and cried.”

There was no mistaking this test’s results. The committed Christian was pregnant.

“My boyfriend and I had been dating for over a year, and even as I was meeting in a small group with other young women from church, I was falling into the kinds of temptations that I never thought I’d fall for,” she acknowledged.

Faced with their new reality, Marcus* helped a sorrowful Cara to the couch.

“He started talking through tears about how we would figure a way to make a life around this little one,” she said. “He confessed he’d already bought a ring and had intended to propose that night. It wasn’t the road we’d planned, but he assured me things would be OK in the end.”

Cara was not convinced.

“I went into a fog after the pregnancy test,” she said. “I barely ate. I ended up flunking out of what was supposed to be my last semester of college. I ran mile after mile hoping to miscarry. I shut out everyone around me.”

“Having been raised in the church and a Christian school, and having spent years trying to keep up a facade of perfection, having even served as a youth leader and worked for 10 years to promote pro-life policies and organizations, I knew full well what was living inside of me,” she said. “And, yet, my fears were so much bigger than anything else.

“I ‘knew’ I would be rejected by my family and my boyfriend’s family. I ‘knew’ that this child would go through life with people constantly doing the math and realizing he/she was conceived before the wedding. I ‘knew’ that I would never again be allowed to serve as a youth leader. I ‘knew’ so many things that really just grew out of my fears that any failure on my part would leave me with a permanent ‘FAILURE’ stamped on my life.”

Fear triumphs
She gave into that fear, making an appointment at a local abortion clinic.

“The denial I was able to keep going… it’s mind-blowing,” she said.

At the clinic they administered the first phases of RU-486, which starves the baby of nutrients, creating a hostile environment in the womb. At home, Cara completed the process by taking miscarriage-inducing pills.

“I ‘delivered’ a 7-week, 5-day-old lifeless baby at home,” she said. “Sitting on the cold tile floor, hugging a toilet, throwing up from pain, I wondered how God could have allowed me to fall so far. How could He let a person who had tried to serve Him end up telling the baby she was carrying that she was so sorry, as the medication took over and induced contractions? How could He love me if He let me spend a night awash in the blood and vomit of death? I hated Him then. And that wasn’t easy to let go of.”

Especially after being rejected by her family after they found out about the abortion. A month after the procedure, Cara called CAPS Pregnancy Services to get help for her post-abortive issues.

“I was so depressed, not eating, unable to work most days, and isolated from all friends and family,” she said. “The post-abortion class I went through literally helped save my spiritual life, and probably my physical life as well.

“I was able to confront my sin, my decisions, my grief, my failures, my pride, my angst, my anger, and my helplessness head-on, with people who had walked roads similar to mine. And by the end, I had hope. I had worked through so much ugliness, and found that God loved me more than I could ever imagine.”

Healing others
Today, at age 37, she volunteers at CAPS, speaking to young girls about abstinence, self-esteem and responsible behavior. She also counsels post-abortive women and girls.

“Satan loves darkness because he can work unhampered,” Cara said. “Telling a trusted friend, family member, or even someone at a crisis center about your secret pain is a crucial step in stopping further damage and beginning the healing process.”

Now the mother of four girls with Marcus, whom she married shortly after her abortion, says the road has not always been smooth. After the birth of their first daughter, the couple tried for a year to conceive again, then lost the child to miscarriage.

“Although I knew in my mind that I’d been forgiven, and I had proof that the abortion hadn’t rendered me completely infertile—because I had a 2-year-old to tuck in every night—I wrestled with feelings of guilt and inadequacy,” Cara said.

“Ironically, I felt like God had betrayed me for letting my life go so differently than I wanted, even though I knew that some things were the results of my own decisions. I felt like God should have somehow spared me from all that pain, including the miscarriage of the baby I had so desperately hoped for.”

More healing came by way of “Captivating,” a book by Staci Eldridge.

“God spoke into parts of my heart that I hadn’t realized were still holding on to guilt, shame, and stubbornness over how I wanted my life to look,” she said. “It took about a year from the time of the miscarriage before I was able to really surrender my pain and guilt, but God was always lovingly patient with me.

“My journey was heart-breaking and there is a created being in heaven who was never granted life on earth, but God’s promise to work all those things together for good has certainly been true.” 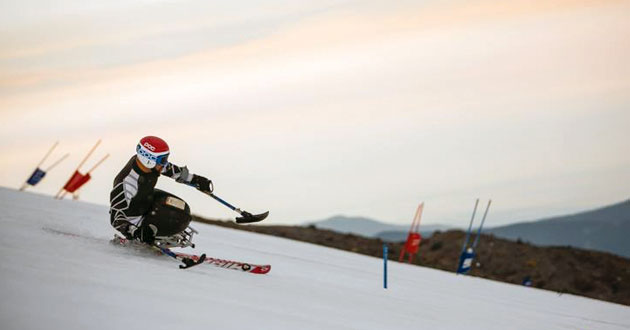